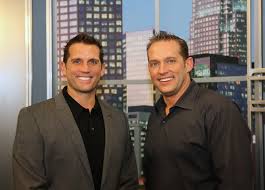 They are among the few mlm top earners in the American Communications Network Company (ACN) and are on the top 200 list of top earners in mlm business worldwide.

Mike Maser, a junior brother to Patrick Maser, was initially employed in a car selling company, while Patrick Maser was a Merchandising business owner, before they were introduced to ACN opportunity.

Patrick Maser and Mike Maser are now ridiculously wealthy mlm top earners, both in the ACN business and in the multi-level marketing industry in general.

The brothers are the third best earners in the ACN, LLC, behind Art Napolitano & Simon Abboud, and occupy the 28th position in the list of mlm top earners in all mlm companies in the world.

Even split 2 ways – that is a nice paycheck!

This is a level that very few individuals or couples are able to achieve in the mlm industry today.

What makes this feat most interesting to me is the fact that they earn all this amount of money passively; through commissions from their network of distributors all over the world.

In short, money follows them to their bedrooms, living rooms or while on a vacation, COURTESY of the ACN multi-level marketing company.

I am ready for a little of that to start following me. How about you?

Now, what is ACN?

Individuals who have recruited new IBOs then qualify for a bonus, but after the recruits sell or buy a certain amount of services in that month they joined the ACN business.

The ACN Company is based in Concord, North Carolina, USA and began operating in the US back in 1993.

The Company started its operations as American Telecommunications Network before it extended its activities in some parts of Europe in 1999, Pacific in 2006, and Asia in 2011.

This Multi-level marketing company now operates in four continents and is in more than 24 countries in the world.

American Communications Networks is now known by its abbreviation as just ACN to simplify its international scope and operations, and it is registered with Direct Selling Associations in Europe and North America. Here is how the Company is structured.

The Structure of ACN Company

Other offices are located internationally in:

The ACN Company was founded by Greg Provenzano, Robert Stevanovski, and the twin brothers; Mike and Tony Cupisz in 1993.

ACN opened its official businesses in January 1993 with just twenty representatives who were independent, and as a marketing arm of the long distance reseller of LCI Communications; for five years.

ACN was later listed in the Inc. Magazine in the 22nd position on the 500 list of companies, and the fastest growing company in America back then.

That says a lot in my humble opinion!

ACN was endorsed by former Apprentice executive and Multi-billionaire Donald Trump, through its subsidiaries; ACN utility services and ACN Energy, which operated as an electricity and gas retailer.

In 2006, its energy assets and shares were acquired by The Commerce energy group and its founding members and business approach highly praised by the world of mlm business back then.

It was in 2008 that ACN moved its headquarters from the Farmington Hills in Michigan to their current Concord Headquarters in North Carolina.

The Company has since then expanded its operations to Hungary and Czech Republic, bringing the ACN operational tally to 23 countries on the four continents of the world.

What Does ACN Company sells or distribute?

The company also restarted its energy reselling business in mlm market; depending on where the corporation operates.

Patrick Maser and Mike Maser came from an entrepreneur family.

Their parents, just like them, ran one of the most successful home based businesses in the United States of America. So, they were introduced into entrepreneurship while still very young, while still in elementary school.

Patrick Maser is a graduate from The University of Pittsburgh while his younger brother, Mike, is a business graduate from Penn State College.

Patrick Maser began his string of enterprises while his brother started selling cars before they heard of ACN opportunity.

Patrick Maser and Mike Maser became successful in their businesses, but they were not satisfied with the type of life they led.

When Patrick Maser was asked how and why he got himself into the ACN business, he had this to say, “You cannot get rich while working for someone else, so, all I wanted was to live in a realm of possibilities that exist in the self-employment.” Mike also agreed by saying, “ I saw people in this mlm business that had same backgrounds as mine that were extremely successful, and I felt like if they can do it, then I can also do it.”

Patrick Maser was a dreamer as a child. He dreamed of success almost every single night and worked hard to invest in the business so as to realize his dreams. He eventually became successful in his business but was extremely busy.

This was when Patrick Maser realized that he was more active making a living than living a life; as majority of us today.

Patrick Maser and Mike Maser opened up their mind and began searching for a better business opportunity out there, they combined forces and BOOM! They struck gold.

Patrick Maser heard of the ACN opportunity and introduced his brother to it. They were so excited about the ACN mlm business model, developed a desire of being more than average members and had a passion for greatness.

Mike was quoted in one of the interviews saying, “Closed-mindedness kept me in my job. Closed mindedness kept me broke and skeptical, and when I opened up my mind, I started to see things from a different perspective. I became very coachable and learned from the people who had already succeeded in the business.”

That is the spirit that led them to make money with mlm and eventually become mlm top earners not only in the ACN Corporation but also in the General multi-level marketing business.

The two brothers have since then built one of the most successful ACN businesses of all times in their company. They are not only contented with being renowned multi-millionaires, but helping others achieve the much needed and anticipated financial freedom and live a stress-free life with ACN opportunity.

This is what they have been doing for over 12 years now, and still doing it.

When Patrick Maser and Mike Maser were interviewed in the business magazine, they had this to say, “We have been able to make a hell lot of money,” commented Mike Maser. “But what is more important is being able to help other people to achieve the same lifestyle we lead and the income that we get.” That is very satisfying at the end of the day. Traditional business owners do not help other people succeed. But in this business, the only path to success is to help others achieve.”

Patrick Maser and Mike Maser are filthy rich millionaires and founders of Wealth Institute Inc. They are the number one Vice Presidents of the ACN mlm business and proud sponsors of a multiple numbers of ACN business product distributors all over the world. They are internally acclaimed business coaches who have a desire to see everybody in the world being financially stable.

Patrick Maser and Mike Maser have achieved several accolades in the mlm business.

Other than achieving all these, they have sponsored one of the top directors in ACN including: Pat and Amanda Whaley, Erick Lindsey Ozimek, Ken and Amy Bynes, Guy Victor, Mizanur Rahman, Shakawat Jewel, Paul and Dawn Pelletier, Mike Downing, Gil Pemental, Teff Street and many others. 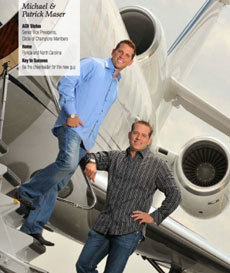 Today, Patrick Maser and Mike Maser have achieved all they dreamed of in the Direct Selling Industry.

They have also combined forces as brothers to work together and realize their goals, as well as they, had. Patrick says, “The best part about ACN is taking someone, and helping him or her find the winner in himself or herself. Our company is a true revelation of the success of human potential. When you change a life of an individual, you also change the world.”

So what could you do to change your world?

Tell me about it below!!!