Long before ACN and the fat pay checks, Art Napolitano had always known he wanted to make it big but somehow he did not get the right start to making it big.

While still in College, Art was a good guitar player and he and some friends decided to form a band. He decided to quit college and concentrate on music which he thought would take him places.

Hmmm…seems like there is a parental lesson in here somewhere.

The band was a decent band with him as the lead guitarist and they even managed to record a record and sold a few but by the age of 29 Art Napolitano found himself in a situation that was nowhere near his dream.

We have all been there before. You wake up and look around and know that you have GOT to change some things in order to change your situation.

He had debts beyond what he could handle, his phone had been cut off because he hadn’t paid the bills, he was driving an old car with a hole in the floor that he would cover with a carpet.

Makes me think of the movie “Where the Heart Is” where Natalie Portman lost her shoes through the hole in the floorboard of her boyfriend’s car.

He did not seem to be happy.

An understatement, I am sure!

With such a reality, Art decided he needed to change his life, he needed to get money to buy a house, take care of his family and live a comfortable life.

A place that I have been more times than I care to recall, but it was in those places that helped me to grow.

This was when he considered network marketing. It was something he had read about and now it appealed to him as a way to make money but also have fun while doing it.

We always see the good in everything when we are looking for a solution to our problems.

And we ALWAYS believe that it is going to work out and we will be the next great in the company.

Putting his dream of being a rock star on hold, Art went into network marketing full time. He says he enjoyed it but after 10 years he was looking for a solid company that actually delivers what it promises and has founders with integrity.

Wow – I think that goes right along with the SCAMS, SLAMS, and BAMS that I wrote about. There are sooooo many companies out there that you are just so unsure of. Oh sure, they look phenomenal on the outside, but then when you get inside and you see how it really works…well, then that is where you really see true colors emerge.

It is at this point that he got into contact with his former mentor George Zalucki who was working at ACN – a company he had been following for a while and seemed to fit the bill.

Art Napolitano and George Zalucki, though a mismatched generational pair, teamed up and took the world of MLM by storm becoming one of ACN’s most successful pair earning more and more money. It was the opening of ACN in the UK that saw the beginning of great success for the 2 of them.

Armed with a common passion to succeed and inspire others to do the same, Art and George managed to achieve RVP status in just 8 months and went on to become the first ACN European Senior Vice President Team. 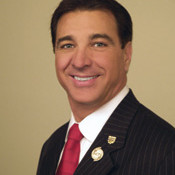 So where is Art Napolitano at in the Top Earners?

At present Art is one of the highest paid MLM leaders as he is estimated to earn a total of $400,000 a month.

In an interview about his life, Napolitano says he has turned his life around living a life of luxury that some people cannot even begin to dream of. He points out that he is able to have fun and yet still work and earn enough money take care of his family.

Which is where we all want to be. I know it is where you want to be as well and that is why you are trying to find out the kind of money this guy makes in ACN.

Art and George now have about 50,000 reps working under them many of whom are also qualified RVPs and coordinators working in Europe and North America and 2 SVP teams plus a customer base well into the millions.

Many people hear this story and begin to ask, what is ACN? How does it work? And might it be a scam?

Well the answer to those questions are:

It is a company that was founded in 1993 by 4 vastly experienced direct sales executives – Greg Provenazano, Tony Cupisz, Mike Cupisz and Robert Stevanovski.

ACN was founded on the MLM model where sales reps are not only compensated for the sales they make, but also earn commission for the sales made by the people they recruit.

Which means the more people you recruit, the more you earn. (read: just like most MLM companies)

Many people have mistaken this for the ACN scam as it seems to operate like a Pyramid scheme.

ACN does have products that it sells like many other MLM companies.

Products that most normal people, from every walk of life, use on a daily basis.

What kinds of things?

Sell something that people use every day and make money at it!

One of the things that I really enjoyed reading about ACN is the charity work that they do and the ‘Feeding Kids Project’ that ACN is directly involved in by feeding children every time a sale is made.

In order to make money with ACN, you will need to begin by registering, usually there is someone who will introduce you to the company.

When you have just registered, you become an independent distributor. This means you sell and actual product and mainly gain from the sales you make.

And the more people you get ‘under’ you, the more you make because you make money on their sales and recruitment as well.

To make the big money like Art Napolitano, you will need to carry out recruitment of new ACN members and teach them how to sale and recruit.

This is where it gets difficult for most.

You want the pay, the big money that comes along with being at the top.

But you HAVE to talk to your friends and family, or cold call people that you have never met trying to sell them on your dream.

You need to work really hard to recruit as many people as possible so that you can earn commission off their sales – for example Art has over 50,000 sales people under him which is why he is one of the ACN top earners.

Reaching such a level needs development of great communication skills, be convincing, and sign up more people to your network.

Which is where most people fail to succeed in network marketing and MLMs.

No doubt this is not easy and it will take a great amount of skill and determination to achieve ACN top earner status.

Even if you are a starving artist like Art was.

Going back to Art, he is still enjoying the massive earnings from ACN as a MLM top earner.

He has also recruited his wife Jennifer Napolitano who is also earning big from the company.

And interestingly he has not given up entirely on music.

Art Napolitano after making enough money to live the life he wanted to, has returned to music.

Together with his former members of the band, they reorganized their group and begun playing again and they have been able to even go on tours and live the life they wanted to.

Art says he feels it is even much more fun when he is doing music not because he needs to sell records in order to pay the bills but now they just do it because they love music and enjoying going on tours.

He says no one should ever give up on their dreams even if they have to set them aside for a while, they can still go back to them.

Today many people have been inspired by the story of Art Napolitano and they have joined ACN to work from home and make enough money to live the kind of life they have always dreamed of.

This is one of those feel good stories.

Most people that reach their goals, will forget about their first love or hobby claiming that they just don’t have enough time to do it all.

But isn’t that why you are here?

Don’t you want more time to spend with your friends and family?

More time to go on vacations?

This is why we go searching for a way to make money. We want to get out of the crazy rat race of our 9-5 job and we want to feel good about what we are offering to people.

We want something that makes us feel good and if we can make a nice substainly amount of money while helping others, then HECK YEAH!!! Sign me up.

Well, go ahead. Check it out here.

Check out how 2 amazing guys have brought an elite, one of a kind service to the public that not only changes each of the lives they help, but changes countless other lives of people they help!